Raphaela is now four and a half, and it has been at least a few years since someone has made a snide or inappropriate comment about my status as a single mother by choice.

I think the Universe wanted to remind me today that I had done a brave thing, and to test my resolve at viewing myself and our non-traditional family as loving and normal, rather than a freak of nature in the Orthodox world.

A patient (with children, though seeming intolerant of the younger set in general) started telling me about the wonderful synagogue right down the road from my house, how this person (who shall remain nameless  and genderless) has so many friends who pray there, and how it seems like such a welcoming community.

I then made a comment that in my own experience, the members of that synagogue are for the most part old fashioned and somewhat non-welcoming to those who defy the standard rules of the Orthodox Jewish community.

Patient:  Why would you say that?
Me:  Because when I have walked in there with my daughter, we have been largely ignored and once or twice verbally accosted.
Patient:  Why would they do something like that?
Me:  Apparently they have a problem with a Jewish single mother by choice.
Patient:  Well why don't you just lie about the circumstances of her conception, so that you will be more acceptable to them, and to the larger Jewish community?
Me:  (Chin flat on floor, brain screaming inside, taking a minute to breathe again)  Why should I have to make up a story, to make myself more acceptable as a Jew or as a mother of an innocent child?  Shouldn't they be the ones who reach out to me, and who open their mind to 21rst Century Judaism and the reality of Israel?
Patient:  (Heavy Silence)

And THAT is why I need to eventually move to another neighborhood in Jerusalem, where many of my tolerant and accepting friends with children live.  Men and women who are both married and raising their children together; and women who like me, chose to not miss the opportunity to experience pregnancy and bring a beautiful child into the world. 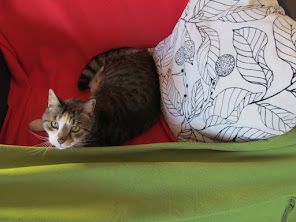